A 9-year-old girl and her parents implemented self-management training so she (“Abby”) could learn to greet unfamiliar adults, not interrupt, and ask questions during conversation. One month after her parents faded out the self-management program, Abby maintained her new behaviors and generalized them to new settings. This style of intervention empowers families to improve their lives at low cost, in the home, and without extensive training. 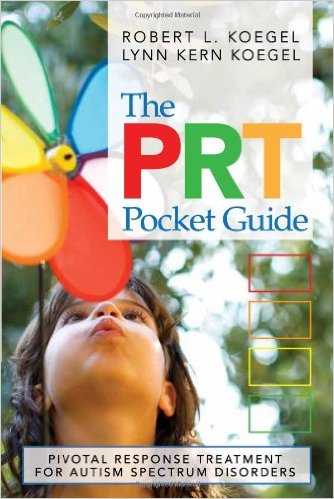 The self-management training process followed several of the tenets of Pivotal Response Treatment (PRT, learn more in this book), an intervention that occurs in natural settings and takes advantage of a child’s interests to teach skills such as communication.

The researchers interviewed Abby’s parents to choose the three target behaviors. They showed Abby videos featuring her older sister and conducted live role plays to teach Abby to discriminate between different versions of each behavior. It’s easy to create short videos at home using a tablet or smartphone, and ample evidence suggests that children with autism learn well from videos (TRANSLATE 1/28/16).

Abby and her family also learned how to implement a self-recording system, whereby Abby would record her own behaviors during the study’s observation periods. Each time Abby implemented one of her new skills, she used markers to color in a flower outline on the recording sheet. Initially, her parents rewarded her with her favorite chocolate after every third time she displayed the new behavior, and they praised her every time. As sessions progressed successfully, Abby received chocolate less frequently.

This reinforcement strategy was an aspect of this study that did not closely align with PRT. In PRT, reinforcers are always related to the task. For example, Abby tended to greet unfamiliar adults too affectionately (hugs and kisses). If she greeted a new person by saying “hello,” a relevant and natural reinforcer could be giving her mom a big hug as an alternative to meet the same need.

The trials took place either in Abby’s home or along the street between her home and school for the “greeting unfamiliar adults” behavior. Research has shown that interventions that take place in natural settings tend to generalize and maintain more successfully, which is why a natural setting is a key element of PRT.

After recording baseline levels of each behavior, the self-management strategy continued for several sessions, followed by fading (removing the recording sheet, removing the chocolate reinforcer, reducing frequency of praise) for several sessions. Follow-up sessions occurred a month later. Once during each phase of the study, researchers recorded Abby’s behavior at a local pool, her grandma’s house, and a supermarket to check her ability to generalize her newly-learned behaviors to different environments.

Overall, the results of the study indicated that the self-management strategy was very effective. For example, at baseline, Abby only asked for opinions 28 percent of the time. During intervention that increased to 78 percent, further increased to 92 percent during fading, and at follow-up was still 75 percent. Abby’s other target behaviors also increased through fading and only slightly regressed at follow-up. The exception was reducing interruptions, which further improved at follow-up.

The authors point to parental involvement as a key factor in the success of this strategy. Just as carrying out an intervention in a natural setting improves outcomes, so does carrying it out with the adults the child interacts with on a regular basis. The video modeling component was also different compared to previous, similar studies that used other methods of teaching the behaviors. Video modeling may have helped Abby learn to discriminate between different forms of a behavior more effectively.

For future research, the authors recommended increasing sample size. Also, they suggested broadening the research to other aspects of self-management such as goal-setting, self-evaluation, and self-reinforcement tested in addition to self-recording. A longer time gap between fading and follow-up would also provide a better indication as to whether the new behaviors will stick long-term.

Even with its limitations, this study is a useful step toward developing safe interventions that families can implement cheaply at home to teach social skills. Methods like this and PRT maintain the dignity of the individual and empower families and individuals on the spectrum to improve their lifelong outcomes by teaching skills such as language and social interaction.