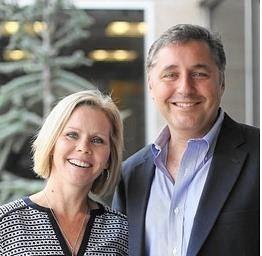 Dr. John P. Hussman is Executive Director and President of the Hussman Institute for Autism. He holds a Ph.D. in Economics from Stanford University and an M.S. in Education and Social Policy from Northwestern University. He served as a Professor of Economics and International Finance at the University of Michigan from 1992 to 1998. Dr. Hussman currently directs Hussman Strategic Advisors, Inc., a Maryland investment advisory firm.

In 2004, Dr. Hussman established the John P. Hussman Foundation, a 501(c)(3) private foundation that supports medical research, education, and direct assistance to vulnerable individuals with urgent needs or significant disabilities. The Foundation focuses particularly on funding research and treatment of autism and other life-altering conditions, and providing assistance relating to global health, disease eradication, literacy, and education in developing countries.

Dr. Hussman has authored and co-authored numerous articles on autism and related matters. These articles have appeared in peer-reviewed journals including Molecular Autism, Journal of Autism and Developmental Disorders, Neurogenetics, and Annals of Human Genetics. He has also published extensive research relating to economic and investment analysis.

In 2001, Dr. Hussman proposed that numerous suspected etiologies of autism might be linked by a common factor: disruptions in amino-acid neurotransmission, particularly suppression of GABAergic inhibition, with a resulting loss of inhibitory tone and sensory gating. His hypothesis was the earliest basis for what Rubenstein and Merzenich (2003) later cited as the excitation/inhibition or E-I model of autism. As neuroanatomical (Blatt et. al., 2001) and genetic evidence emerged in support of this hypothesis, the Hussman Foundation established a variety of collaborations, including further studies by Dr. Gene Blatt, and significant efforts in human genomics through what is now the Hussman Institute for Human Genomics (HIHG) at the University of Miami.

More recently, the Foundation has funded large-scale GWAS and sequencing studies in autism, including the incorporation of noise-reduction algorithms designed by Dr. Hussman. In 2011, Hussman and HIHG researchers published evidence demonstrating enriched association of genes involved in neurite outgrowth, guidance and circuit formation in autism. In an effort to link the genomics and neuroscience of autism toward collaborative, goal-directed and translational research, Hussman founded the Hussman Institute for Autism, which became a 501(c)(3) public charity in 2013. Of particularly strong interest are the roles of circuit formation and excitatory/inhibitory neurotransmission in autism, the potential for overlap in these mechanisms (e.g. GABAergic interneuron patterning in autism), and the extension of genomic findings in autism to neuroscience.

As the father of a young adult son with autism, Dr. Hussman has been active in autism advocacy in his local community. In 2002, he established the Designing Quality Inclusive Education (DQIE) program with the Howard County Public School System, which has been successful in significantly increasing the access and quality of educational opportunities for children with autism and other developmental conditions in the public school system. His direct support of the Howard County Autism Society led to the opening of the first county autism-specific resource center in the state of Maryland. He also provided substantial support to establish the Hussman Center for Adults with Autism at Towson University, and programs on communication and inclusion at Syracuse University.